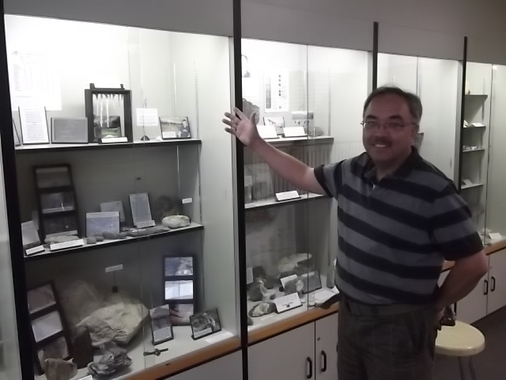 Gary’s research program concentrates on the nervous and endocrine control of sexual reproduction and egg production in tropical insects. Recently, he and Jennifer, his wife and colleague, visited South America to extend their work into a variety of insect species. In total, Gary has had over 30 scientific articles in peer-reviewed journals, including a paper in Science, a journal considered to be one of the world’s most prestigious.

In addition to his teaching and scientific endeavours, Gary, along with Jennifer, co-founded the Ontario Christian Schools Science Fair, a fair that encourages students to relate their science to their Christian faith. Gary has also worked with Evelyn White on the Arthur Custance Centre, and in the fall of 2012, he became the director of this centre and the owner of Doorway Publications. The Arthur Custance Centre (www.custance.org) is dedicated to promoting a theologically sound scientific world view which challenges theistic evolution, the prevailing view in Christian academia.

You can see Gary on YouTube as he discusses with Larry Brice a number of chapters from Gary’s recent book, Rescuing Science from Preconceived Beliefs. www.youtube.com/user/ReachoutforLifeTV 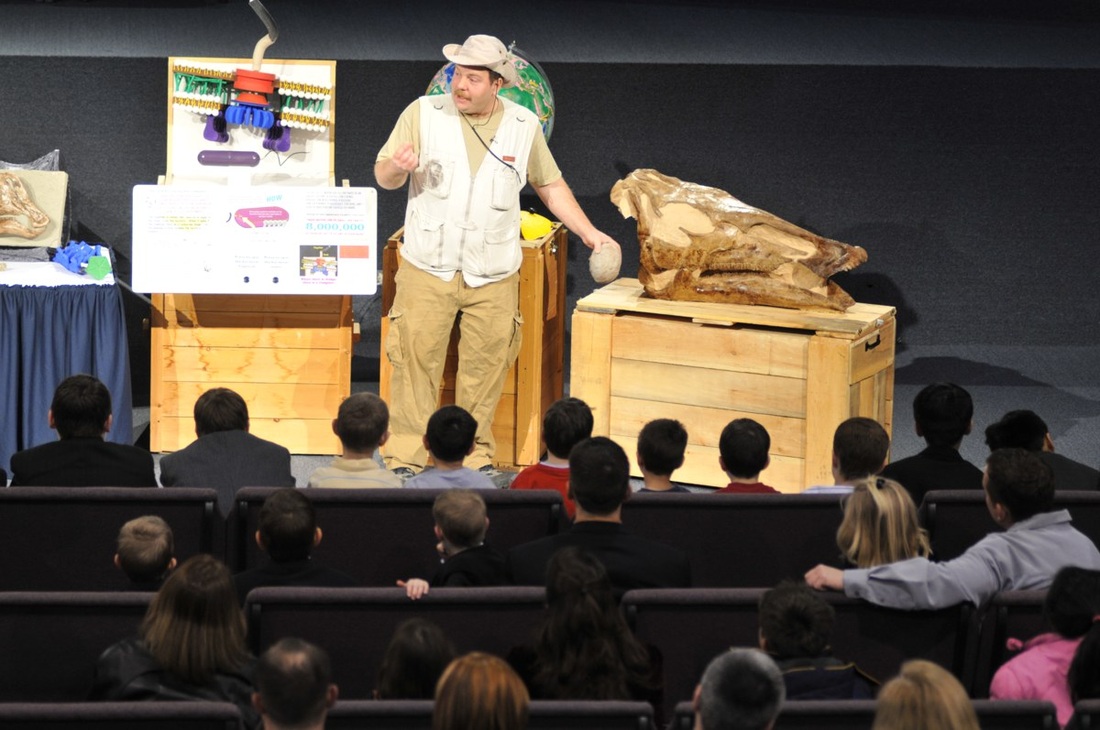 Ian Juby leading a children's presentation.
Ian Juby is the founder of Canada's first Creation Museum, the traveling Creation Science Museum of Canada. He is also the founder and president of the International Creation Science SIG for Mensa members, and a member of Mensa himself. In 2007 he took on the presidency of Citizens for Origins Research and Education, in Ottawa, Ontario.

He has spent 18 years studying the origins debate, and has spoken on the subject for 12 years, including multiple appearances on national and international television. A methodical researcher, he has traveled extensively across North America to gain first-hand insight into the evidence pertaining to Creation and Evolution, with a strong interest in geology and geomorphology. Now in full-time Creation ministry, he spends much of his year devoted to sharing the Creation message and carrying on his first-hand research with experiments and field studies. He also consults for Creation Museums and builds museum displays, which can now be seen in seven museums across North America. 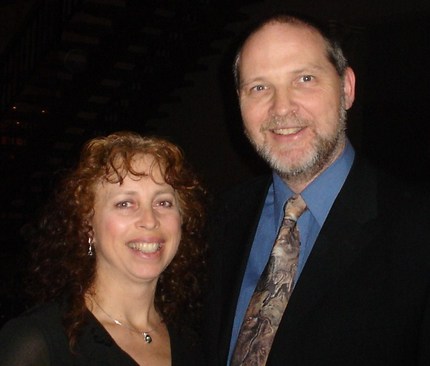 Local speakers Frank and Carol Brandon, Bachelor of Mathematics and Bachelor of Applied Science and Education respectively, lecture on the subject of creation and evolution and have led a public session at the Uxbridge arena community centre entitled "Evolution: A Theory in Review ... Where does the Scientific Evidence Lead?"

"As a society, we have been taught that evolution is a fact, but it is a common fallacy that evolution has been proven. Both creationists and evolutionists examine the same evidence and use the same science ... the difference is that each side interprets the evidence according to their own view of the world." 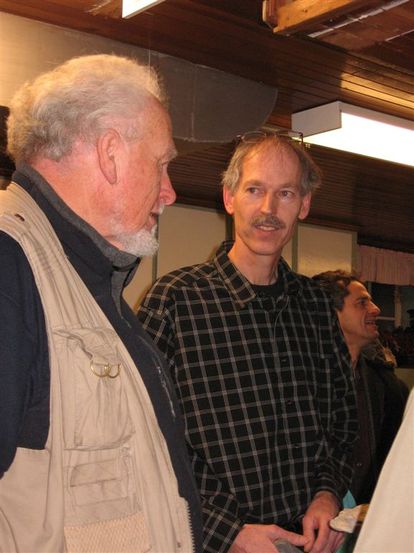 Martin grew up in the Christian Reformed Church but had tried to "blend evolution and God together," before hearing a talk by Australian Creation Researcher John Mackay. "He really challenged me to look at the evidence for myself," Legemaate says. "My jaw dropped." “The evidence for Biblical Creation and Noah’s Flood is real!”

Now Martin is active in the ministry of "Creation Research" and assists in Ontario research and field trips. Realizing that real fossil samples help make a convincing argument in the creation evolution debate, Martin has joined several geological societies and scours quarries and mines to collect specimens for display. Martin and John's Ontario rock and fossil collection was set up as a small museum showing evidence the Bible's account is real and evolution is false.

Martin lives in the Toronto Ontario area with his wife and four children.
Click on the details tab at the top for a report and
photos of the weekend.